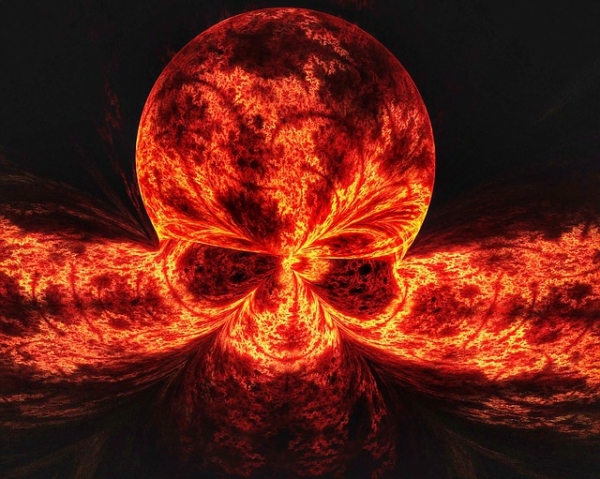 “You have to taint the dog.” The voice says. It is my own voice. I don’t know who I am speaking to or what the hell these words even mean.

Suddenly I realise that the person I am speaking to has a plastic dog stuffed in his mouth and his hands and feet are bound.

I can hardly move my tongue or formulate the words. They come out slurred and slowly, like a record being played at the wrong speed.

It’s too late. The incantation is failing. This dog is evil!

“BAD DOG.” I am screeching. A mangled scream of terror, a high pitched barely recognisable wailing, like a demented banshee. Something alien has infected my mind. The devil is near. I am awake now but cannot move. Rooted to the spot, trying to remember what I have seen, but too afraid to look. It’s something demonic and terrifying. Something that you cannot bear to set eyes upon. Something that you cannot hold in your mind for even one second, for fear that it will take you over and consume you completely. For fear that something will snap in your fragile mind causing a catastrophic and irreversible transformation in the depths of your soul.

The devil is real.

If the devil exists does that mean God exists too? Can fear of the devil drive you into the arms of God? Or perhaps there is only the devil, occupying a space where God used to be, before he went mad. God couldn’t take it anymore – he went over to the dark side. Maybe the devil is just one facet of God’s schizophrenic personality? What God turns into when he’s having a bad dream. God gets trapped in his own nightmare and cannot wake up, and the whole world goes to straight to hell.

If I were to die right now – drop dead from fright – what would they say? The devil took him in the night. Dragged him down the street by his hair. You could hear his cries from here all the way to hell. And the dogs whimpered quietly in the back alleys and hid under the kitchen tables and cowered in the graveyards. Not even the angels could save him from his ghastly fate. You see, he made a deal once, with a down-at-heel devil, in a small town with no name in the middle of nowhere, and forgot to pay his dues. But the devil never forgives a debt and never forgets a face, and sooner or later he’ll be back to collect his reward with interest.

Who is that stranger knocking at the door? What are those noises in the night? What secrets do the dogs know that they will not share? You can see it in their eyes, but they are too afraid to talk.